Scope of the special edition

Palliative Care and Oncology: Time for Increased Collaboration and Integration by PMHCOJ

The field of palliative medicine has observed great progress in both Oncology (Onc) and Palliative Care (PC) in the last twenty years. In Onc, we have witnessed the establishment of multi-disciplinary teams and meetings, centralization of care, especially in relation to surgical oncology, the progress in Radiotherapy (RT) techniques from 2D to 3D conformal and then intensity-modulated RT, image-guided RT, and stereotactic RT, to the revolution of molecular biology, with the understanding of oncogenic addiction and the emergence of targeted-therapy and now immunotherapy with checkpoint inhibitors. In PC, essentially a new specialty was set up in many countries worldwide with major steps made in capacity building leading up to integration in a few countries (Lynch/Centeno). Furthermore, there has been recognition of the important role of PC in the palliation of patients with advanced illness, whilst more recent evidence for the earlier integration of PC in the disease trajectory has been produced (Smith, Temel).

However, despite the fact that the two disciplines often look after the same patients, i.e. patients with advanced incurable cancer, in most countries worldwide they have so far chosen to work independently with little collaboration between them. At best the collaboration between the two specialties is where one (Onc) refers to the other (PC), and often this is late in the disease trajectory sometimes as late as within the last three days prior to death (Earle).

One may ask why should the two specialties collaborate and why should patients be referred to PC? The answer simply is that PC can address issues often neglected by Onc, whilst the collaboration is likely to help with more resources becoming available to PC providers. The American Society of Clinical Oncology (ASCO) in a statement with the title ‘Individualized Care for Patients with Advanced Cancer’ gives recognizes deficiencies in the standard oncology care today [Peppercorn] and specifically recommends that beyond disease-directed therapy, there should be “attention to symptom management and attention to the quality of life”. Unfortunately, a number of studies show that oncologists often lack the necessary skills and fail to manage adequately even the simplest of the physical symptoms, that of pain even in countries with developed healthcare systems [Fisch, Breuer, Cleveland, Von roenn], never mind to address psychological, social and spiritual problems of cancer patients. Furthermore, the ASCO statement on Individualized Cancer Care recommends that “care for patients with advanced disease, should include an individualized assessment of the patient’s needs, goals, and preferences throughout their illness”, and highlights that “realistic conversations about prognosis, the potential benefits and limitations of disease-directed therapy, and the potential role of palliative care, occur late in the course of an illness or not at all”. It is vital therefore that care for patients with advanced cancer includes input from PC teams, as is also recommended by ASCO in another provisional clinical opinion, that early introduction of PC can improve patients’ symptoms, and quality of life and possibly even improve survival [Smith].

We have argued in the past for the need for clinical training in PC for oncologists to improve both patients’ symptoms control and also to improve the referral problem to PC (HC/MS). Clearly, this is not an easy undertaking, as it would require a major training initiative worldwide. As an alternative, we feel there is a need to look at ways of working and collaborating closely and providing more physical presence of PC teams within Onc centers and hospitals. There are some obvious ways of doing this, and in a minority of countries with integrated PC services within the healthcare systems, e.g. UK, Canada, and Australia, there is a physical presence of PC specialists and teams within hospitals, which facilitates referrals of patients to PC, and reviews of patients whilst they are in hospitals. This is however not the norm. In most countries, PC teams are underdeveloped, they work in the hospice and often are not part of the hospital services, resulting in little direct contact between the two specialties.

We shall provide you with the example of Cyprus, where similar problems existed, and the initiatives that have been undertaken in the last few years. Whilst PC teams existed in the community organized by two (2) Non-Governmental Organizations (NGOs), essentially independent non for profit organizations (like Marie Curie in the UK), there was little communication or collaboration between the PC and Onc teams. There were only two (2) PC physicians for a population of just around one million, and they both worked for one of the NGOs, being based at the hospice, with no presence in either the main hospitals or the main oncology center in Cyprus. Furthermore, in Cyprus, the predominant oncology practice used to be of disease directed therapy very much until the end-of-life, and then referral to the hospice or in fact patients would often die in hospital (as there was a stigma attached to going to the hospice, as the place “where you go to die”). HC/BP/SN chapter.

But things can change. About six years ago in 2010, following a number of PC training courses organized by the Middle East Cancer Consortium (MECC) (Silbermann annals), it was realized that there was a need for more collaboration between the Onc and PC providers (HC/BP/SN chapter). As a result, a number of initiatives were set up. Firstly a weekly specialist PC clinic is run at the oncology center, allowing for the referral of patients with difficult-to-control symptoms. On the same day of the clinic, the PC physician attends the daily ward round, helping both with symptom control issues and also facilitating the referral of patients to the hospice. Furthermore, joint training through lectures for both Onc and PC staff has been organized at the Onc Centre. Following the success of these initiatives, encouraging the earlier introduction of PC in patients with advanced/metastatic cancer, in 2012 the Board of the Onc Centre decided to fund the training of two staff-grade physicians from the Onc center to receive post-graduate/specialist training in PC in the US. As a result, we have been able to form a PC team within the Onc center and run daily a supportive/PC unit/drop-in center, to address urgent symptom control problems for cancer patients. Finally, since February 2013, a weekly Multi-Disciplinary Team meeting involving both Onc and PC professionals (oncologists, PC nurses, physicians training in PC, Onc nurses, pharmacists, psychologists, and a Christian Orthodox priest), has been set up at the Onc Centre. This has resulted in more comprehensive multidisciplinary care, by involving earlier the appropriate members of the multidisciplinary team to meet the complex needs of patients with advanced cancer, and to improve collaboration and communication between the Onc and PC community and hospice teams (Silbermann MDT). As a result of the various initiatives in Cyprus, there has been a gradual change in terms of attitudes of oncologists and their approach to PC, resulting in increased referrals from oncologists to PC and earlier involvement of PC teams in patients’ care in the community, evidenced by increased cancer patients receiving PC under the care of both NGOs in 2012 compared to 2010 (HC/BP/SN chapter).

If you were to replicate these initiatives where you work, you would need to form alliances with other healthcare professionals sharing the same values as you. It may be appropriate to start with common training initiatives as was done in Cyprus, and help from other PC organizations from other countries in setting these training initiatives may be needed (Pantilat). It would be worth considering also some obvious obstacles and prejudices that need to be taken into consideration. A review by Ahmed et al, looking at barriers to access and referral to PC, identified a lack of knowledge and education among health and social care professionals, as a key factor. Even after the presentation of the Temel study, still, a minority of Lung Cancer Specialists from Europe (22% of participants in a survey about Early PC), had overtly negative attitudes regarding PC (HC/Pallis), and this was similar to the ESMO survey carried out ten years earlier, where most of the responding medical oncologists expressed positive views regarding PC, however, 15% of respondents had pervasively negative views (Cherny). In terms of patient attitudes, even in countries with established PC, surveys of oncologists show that the biggest barrier to referral is related to negative attitudes of patients to PC (Ward/Wendtland), possibly due to “the misconception that PC is only for patients at the end-of-life and the death-defying mentality in our society” (Hui).

It is therefore important that both physicians’ and patients’ attitudes and misconceptions are addressed, whilst cultural norms in the individual countries are being respected (Silbermann new approaches), in setting up collaboration between Onc and PC. Let us all work towards this goal, in our respective countries. 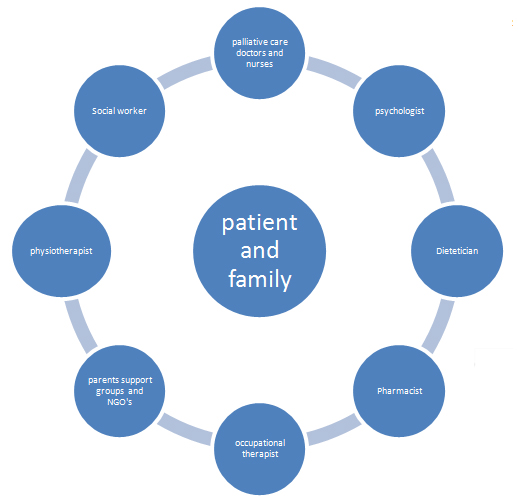 Palliative Care in Moroccan Children with Cancer: What are the Parent’s and Children’s Needs? 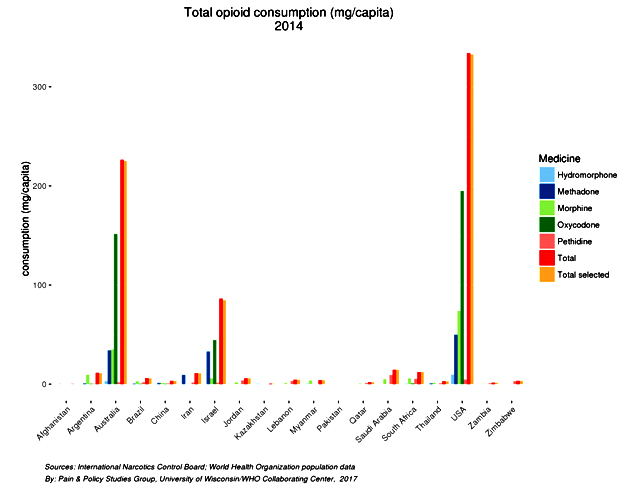 Religious Cultural Sensitivity in Israel: A Case Study of an Orthodox Jewish Family

Implementation of Palliative Care in Palestine: Cultural and Religious Perspectives

© 2014-2023 I Openventio Publisher is licensed by Creative Commons Attribution, unless otherwise indicated.

You can find out more about which cookies we are using or switch them off in settings.

This website uses cookies so that we can provide you with the best user experience possible. Cookie information is stored in your browser and performs functions such as recognising you when you return to our website and helping our team to understand which sections of the website you find most interesting and useful.

Strictly Necessary Cookie should be enabled at all times so that we can save your preferences for cookie settings.

If you disable this cookie, we will not be able to save your preferences. This means that every time you visit this website you will need to enable or disable cookies again.