Evelyn Blanch-Payne presently teaches Psychologyat Middle Tennessee State Universityand received her doctorate degree in Educational/Cognitive Psychology from Kent State University. Dr. Blanch-Payne is one of the co-authors of the textbook entitled, Psychology: With Spotlights on Diversity that is in its 3rd edition. She was a contributing writer to The Handbook for Enhancing Undergraduate Education in Psychology for the American Psychological Association and Introduction to Psychology (a textbook used at Clark Atlanta University Psychology Department). Dr. Blanch-Payne has presented at many professional conferences and conducted workshops on Stress at the Workplace, Performance Anxiety from Inside Out, Mind Power: The Art of Concentration, How to Increase Your Motivation, and Diversity at Workplace: A Changing Working Environment. In addition, she has served as the Principle Investigator for a Title III research grant, and as a Faculty Fellow at John F. Kennedy Space Center, NASA. She has been named therecipient of numerous teaching awards, including Outstanding Teaching, Most Distinguished Faculty Member, Student Choice Award, and Who’s Who Among American Teachers Award in 2000, 2002, and 2005. She was also recently listed among the Great Women of the 21st Century. Blanch-Payne holds professional memberships in several organizations and associations of psychology

Dr. Blanch-Payne area of interest is in cognitive psychology. Her research interests span a wide range of topics in basic and applied cognitive psychology: 1) a primary interest is to understand the basic architecture of the human memory system and the processes that operate within it: 2) another facet of his research interest is the investigation into the neural mechanisms underlying learning and recognition of human faces; and 3) on the applied level, she is interested in how people integrate multiple, incomplete, and sometimes conflicting information to determine their subjective state of health, and the cues they rely on to make meaningful decisions about their health

While at Review Session

• Properly complete, sign, and return all required forms with an original signature.
• Write comments that are thorough and concise; one-liners are not acceptable. Criterion responses should reflect the entirety of each criterion. Comments should be written to support each and every criterion. 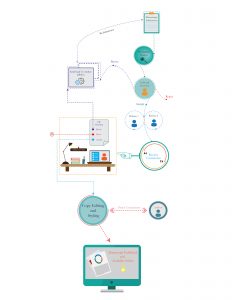